When Rao Bahadur Sathe’s Wada was under construction, they thought a tree might be obtruding and asked Baba’s permission to cut it. Baba said, “Why should we cut the tree?” Later, when a major portion of the building was complete, a part of the tree was obtruding and so Baba was asked again. He said, “If it is jutting out, cut off only that part which is coming in the way”.
🍁Om Sri Sai Ram 🍁
SATHE WADA (A wada in Marathi language is a traditional mansion or a house, typically in the western part of India)

This Wada was just behind the Gurusthan and adjacent to one of the exit gates of the Samadhi Mandir in SHIRDI.

Baba told Hari Vinayak Sathe: “Pull down the village wall and build”, meaning to build a residential building there, and to include the village wall. So Sathe bought the land and built the Wada.
This Wada was very useful as it was the sole resting place for the pilgrims who flocked to Shirdi from far off places. (Ref. Sai Satcharitra Chapter 4).

(Raobahadur Hari Vinayak Sathe, first visited Baba in April 1904. He was the Deputy Collector of Ahmednagar district at that time.)

This incident of cutting the branches of holy Neem tree took place while constructing Sathe Wada.
Shared background history for this incident and how baba gave practical solutions of problems to devotees.

Deva, everytime we look into your eyes, we feel overwhelmed with tears, our voice chokes with emotions, we can feel your presence within us, we may be a tiny speck of dust in your vast universe, but our prayers & cries are sincere. Please reveal to us your ‘Karuna Avatar’ which is filled with mercy. Allow us to behold your merciful eyes that stir our souls and draw us closer to you each day. View all posts by Family Shirdi Sai 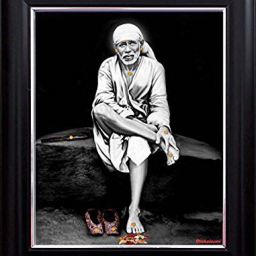 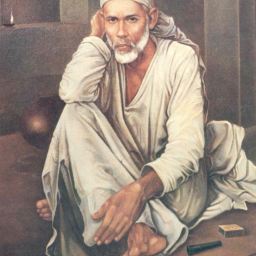 Disclaimer:Family Shirdi Sai is a personal blog. The articles shared are purely to inspire, connect and help others on a quest to spiritual journey. Most of the information is from a personal collection of books, websites and experiences. Utmost care has been taken to keep the information as authentic and accurate as possible. Please excuse for any unknown errors. Dedicated at the holy feet of Sadguru Shirdi Sai baba, higher masters & spiritual guides.